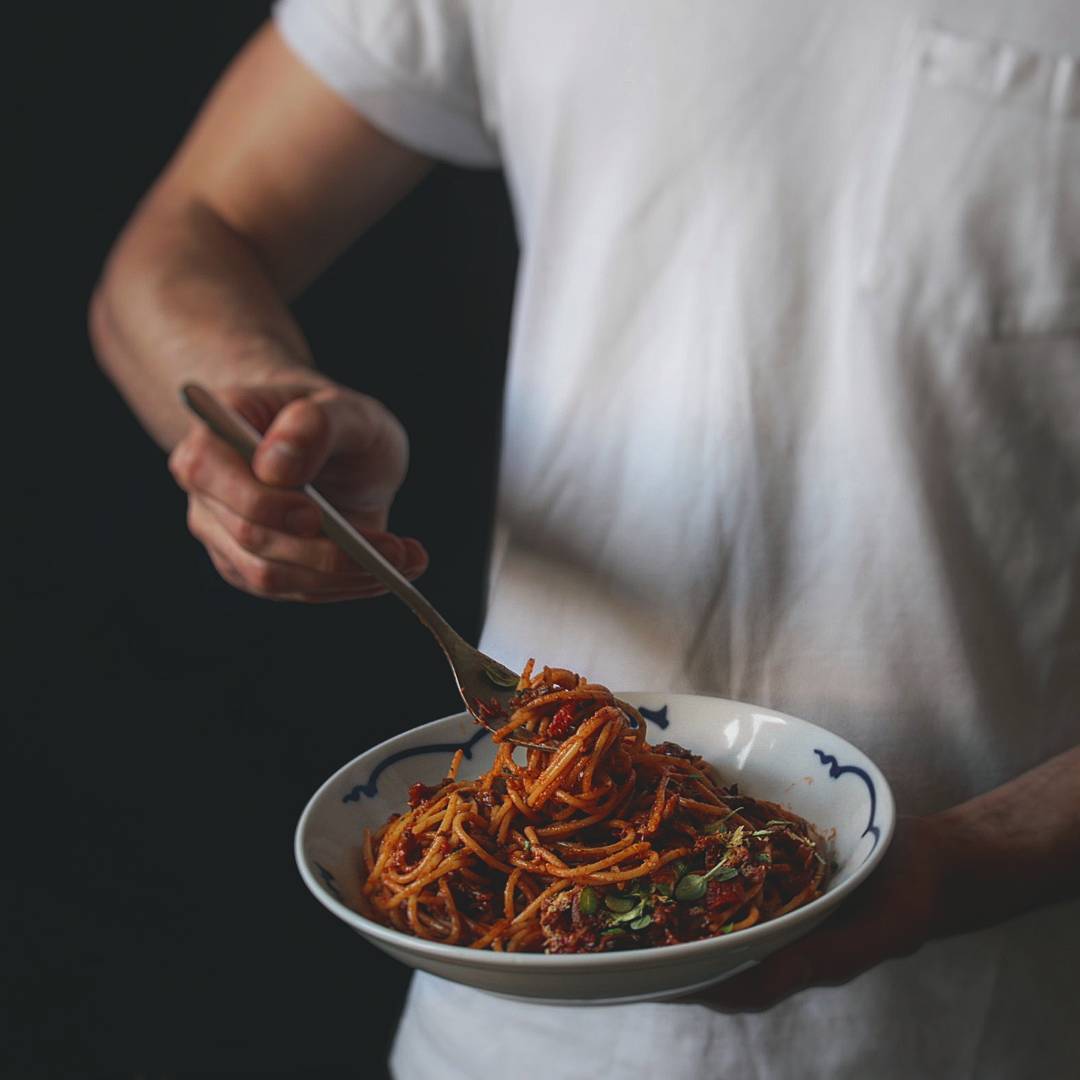 Pasta isn’t hard to cook, we all know this. It’s something that even the most inexperienced of us can make. You plop it in some boiling water and Bob’s your uncle. However, what I’m arguing is that not all pasta dishes are created equally. Some evoke feelings of summer nights in Piazza Navona, and some scream weekday dinner in student halls. But it needn’t be this way, and by following some traditional Italian rules about preparing pasta, you can take a meal that’s simple and humble and make it absolutely exquisite.

I’m not usually so uptight about food and cooking. I think it’s often better to be playful, to improvise, to break rules. This can certainly be good advice for your flavours, or the meal in general. But honestly, it turns out there’s just a right way and a wrong way to cook pasta. Which one would you prefer haha?

When it comes to pasta shapes, we’re all guilty of choosing our favourites (or conversely, avoiding the ones we irrationally hate *coughs* farfale*). Obviously, nothing disastrous will happen if you get this wrong. But it’s really not hard. Rather than obsessing over 2 similar shapes like spaghetti and linguine, just try to think roughly about whether the size will be convenient to eat and the general shape.

There are so many shapes, but try to think broadly in terms of noodle-y (e.g. spaghetti, tagliatelle), tubular (penne, macaroni) and groovy (fusilli, orechiette). Noodle-y is better when you’ve got a thick sauce with chunky componenets, they almost get wrapped up in the ribbons of pasta. Tubular also suits a thicker sauce, but smoother, allowing it to fill the tubes. And groovy pasta is better for a really, em, saucy sauce that will irrigate all the nooks and crannies of the pasta.

I know fresh egg pasta is more delicious, and also cooks VERY quickly (1 or 2 minutes), but I tend to buy dried pasta so that it’s always there if I need it. But I’m hoping to start making my own pasta soon which may completely change my mind haha.

Something I see really often is people using way too small an amount of water! Not only do you risk getting pasta stuck to the pot, but you’ll also end up with a very high starch concentration in the water, which will be important later on! So generally I just go for the biggest available pot, but as a rough guide, you should have 4 times as much volume in water as you have in pasta.

Salt! LOTS of it! They say that the water should be as salty as the sea. Of all these tips, this one makes the biggest impact. It’s hard to say roughly, my friends Adam and Ryan say 1tsp for 1L of water, which sounds about right. Usually I just go raj with the salt and end up putting about a 1tbsp which seems to work too haha.

Once you’ve added the salt, it’s time to bring to a boil. A certified Italian told me that she cringes when she sees British people boiling their pasta water in a kettle (to be fair, kettles are absolutely inseparable from British life, from pasta water to 44 cups of tea daily haha). But I think it’s okay to boil in the kettle first, then add to pot with salt! Now bring the water to a furious boil… No seriously, f.u.r.i.o.u.s.

Now you can add the pasta to the pot! Generally, look at the times given on your pasta packet for the right info. I wouldn’t boil fresh pasta longer than 45s or dried pasta longer than 5mins, since I like to finish it off a la part 2. But remember you can just put a fork in the water and taste it to check! The signal to move onto part 2 for me is that it’s just too al dente (hard) to be enjoyable.

At this point, I put a ladle of pasta water into a near-by mug and drain the rest of the pasta in a colander. I then add the pasta back to the pot along with the saved water and whatever you’re using as sauce. It’s my greatest pet-peeve when people serve their pasta with just a dollop of sauce on top. When you finish cooking the pasta in the sauce like this, the flavour is so much more incorporated and the dish looks more appetising and less anaemic! And the pasta water helps to make the sauce silkier and more cohesive. Mix everything together and taste the pasta until you’re happy with the consistency! And then say “buon appetito” to your eager and grateful dinner guests.

Not sure what to make as a sauce? I like really simple, rustic sauces. Sometimes you just can’t beat something like a ragu with spaghetti or papardelle!!