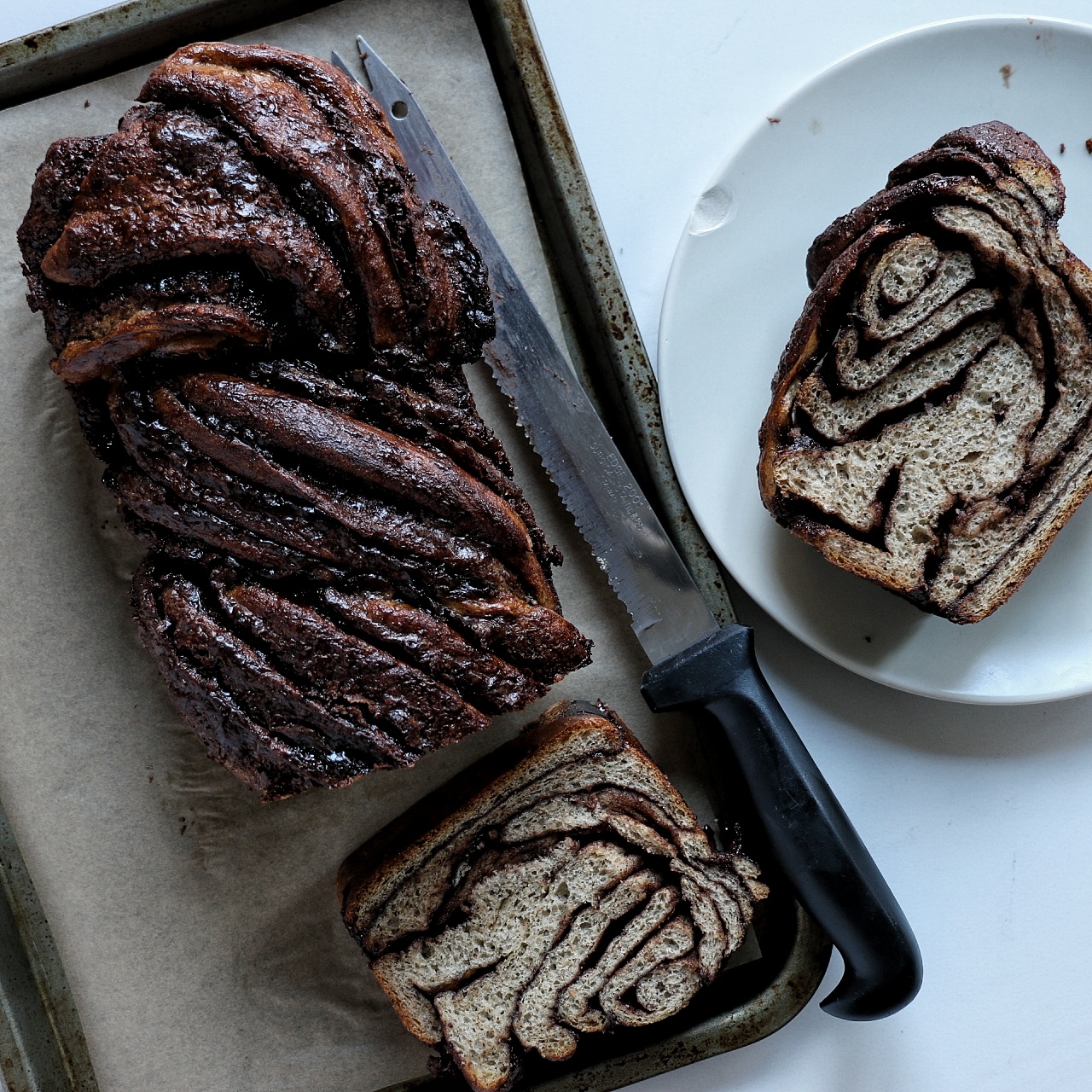 how to win friends, basically

It has to be up there with the best things to ever come out of my kitchen! The tangzhong babka with chocolate layers (based heavily on Betty Liu’s outrageous babka dough recipe) is rich, fluffy, comforting and also a bit of a showstopper – the latter I realised at a potluck when it was demolished in less than a minute haha!

You’ve got the decadent buttery-ness that comes with Jewish Eastern European food (which will always hold a soft spot in my heart), the unmistakeable fluffiness of an Hokkaido milk bread, those classic layers that give you a delicious blob of chocolate in every bite. Your faves could never! Thanks so much to Betty for sharing it with us! 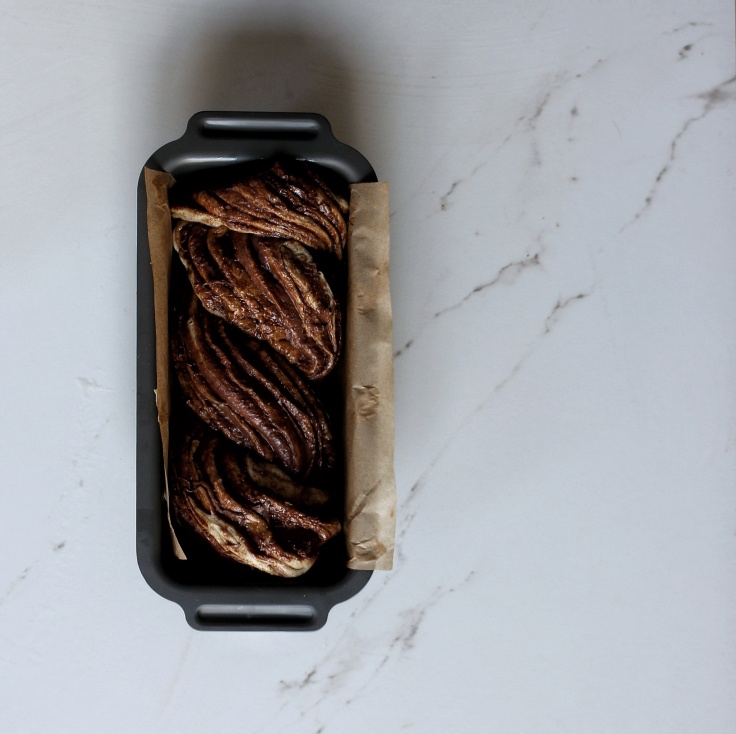 I’ve made it plain, with matcha dough, and with masala chai dough (current fave!!) but they’ve all turned out delicious!! The recipe might seem a bit daunting, but we can break it down into 5 stages (tangzhong, dough, filling, assembly and bake). On we go!

(original recipe calls for half this amount, but this way your babka will be extra fluffy woohoo!)

150g milk chocolate (dark choc with matcha is like severely too bitter for my taste!)

(full disclaimer, I once used a tub of milk chocolate spread, like cheap nutella with no nuts in it, and it was heavenly haha but quite shameful) 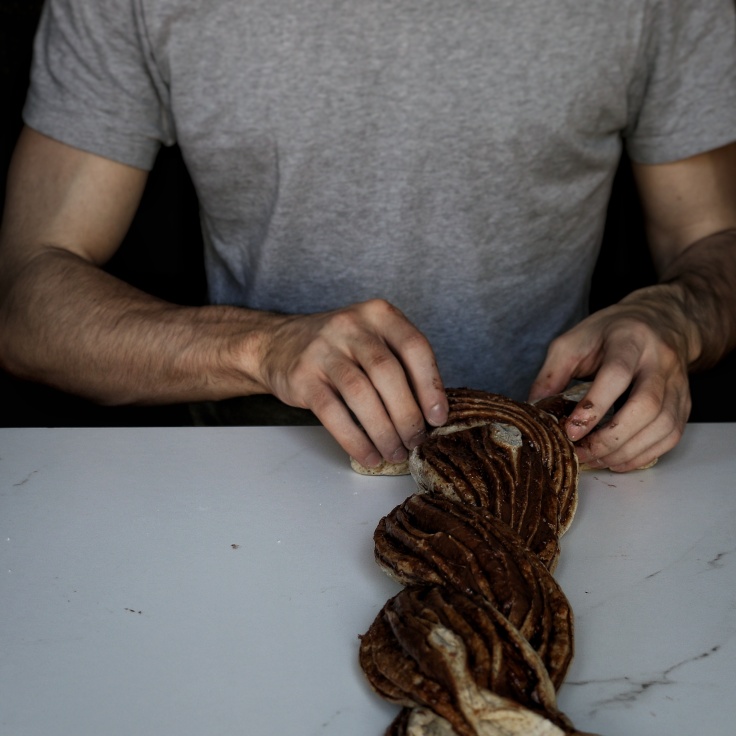 1. mix the flour and water together in a saucepan and place over a gentle heat. You want it to thicken enough that when you stir it with a wooden spoon, you can see the bottom of the pan

2. Pour it into a bowl and allow it to cool 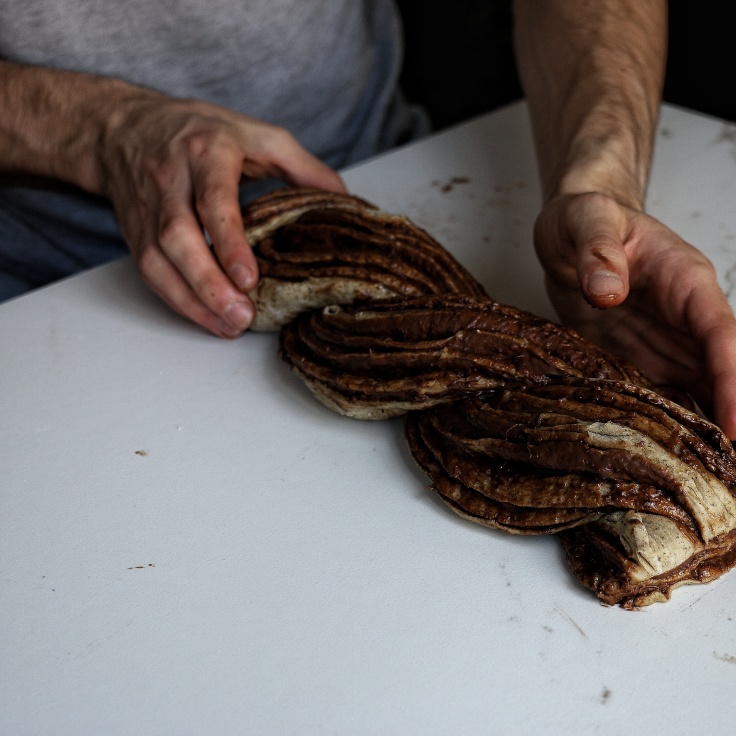 1. melt the chocolate in a bowl over a pan of simmering water (but don’t let the bowl touch the water, and make sure your bowl is glass or metal). This technique is called a bain-marie btw!

2. add the sugar, and butter over the bain-marie too and make sure it’s fully incorporated. Then remove it and allow it to cool ever so slightly (like just take the edge off). The cooling is super important, so make sure you time it well. Too warm and the filling will run out of the layers of the babka leaving some parts of the bread dry and other parts with a chocolate lake! Too cool and you won’t be able to spread it without tearing the bread. So you’re looking for a thick mixture which pours easily, spreads with little effort, but doesn’t bleed.

My other top tip is to make your kitchen as cold as possible for this bit. Open all the windows, turn the oven off, allow ventilation. This will all help the filling to set on the dough. 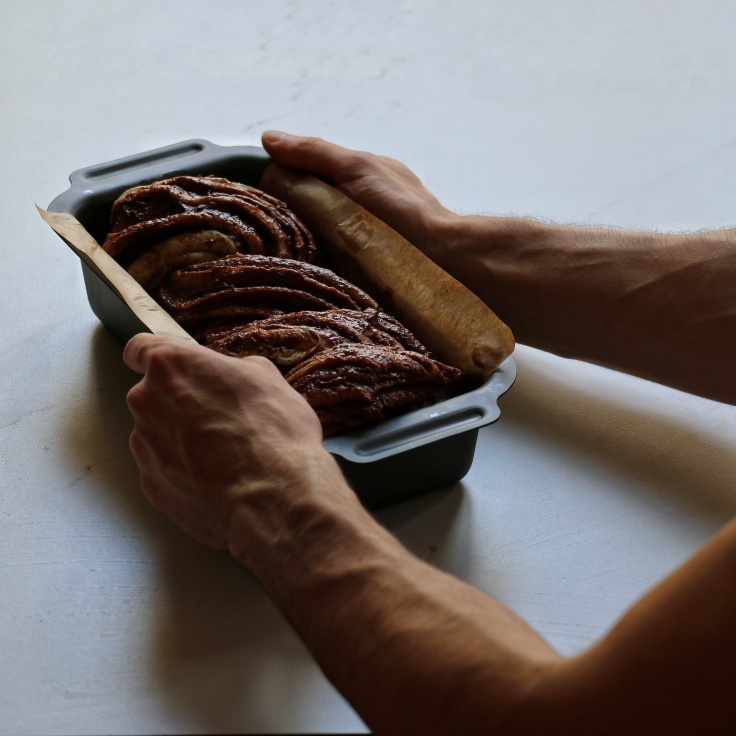 1. roll out the proved dough onto a well-floured surface until it’s about 40cm long and 20cm wide. Pour your filling onto the dough, then spread it evenly across the surface, but leave a 2cm border on all sides to prevent mess. Allow it to cool and harden (the butter and chocolate should seize up).

2. once the filling has solidified, start rolling your babka tightly from the short side (the 20cm side), this will give you more layers in the middle. You then need to slice the roll of dough down the middle. But my supreme best tip ever is to cut it using KITCHEN SCISSORS, like the clean cut you get is fab!!

3. after cutting the roll into 2 long strips, place them next to each other with the cut surface facing up. place the end of one strip over the end of the other. Then do this again, so you have 2 twists in the babka. Squish the loose ends at each side of the babka together and chop off the very end bit. If my drivel was a bit hard to follow, Betty’s blog has some super helpful GIFs! Then put it in your loaf tin, cover with cling film and let it prove for another 40 minutes. 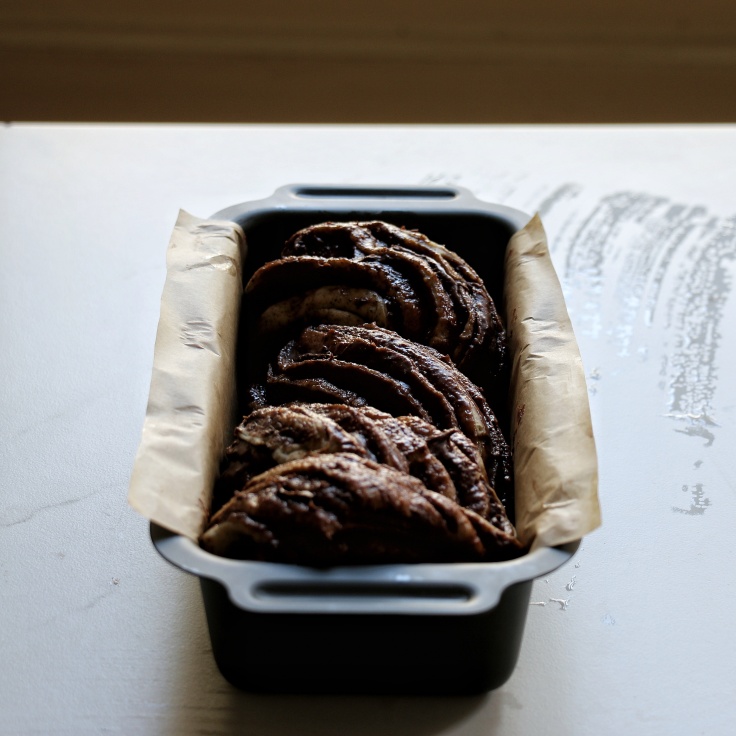 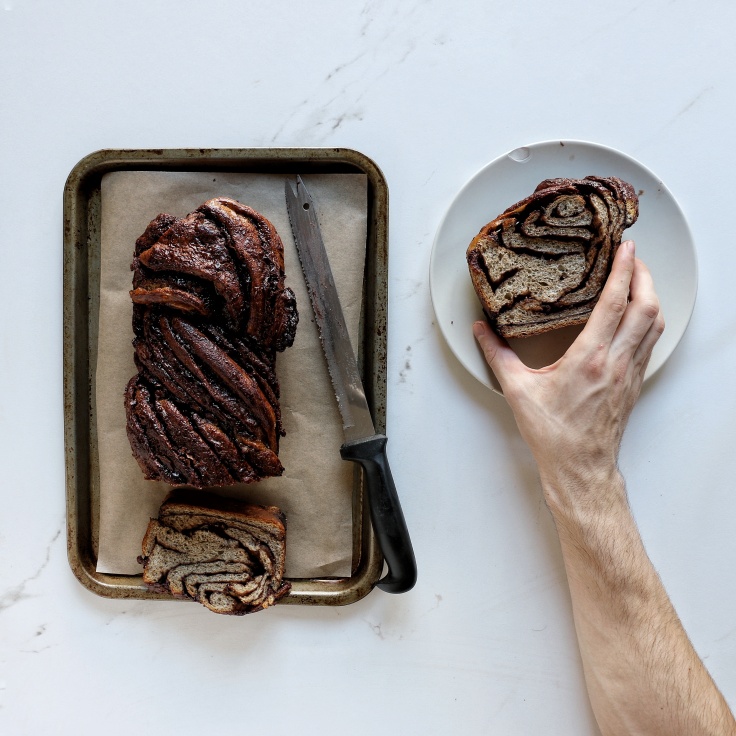