it was very much a “we’ll take the lot” situation ⚡️⚡️

okay i have had the most fun making this mezze inspired by the beautiful recipes on kathryn’s blog, cardamom and tea!

when i set out to make some of her dishes, i was pretty overwhelmed by how many i wanted to try.

they all just looked so vibrant and summery and totally irresistible… i’m severely gonna need to head back over for seconds soon!

after much deliberation i agreed on the wonderful watermelon jerusalem salad – it’s so pretty and pink! and it seemed rather apt given that the sakura in edinburgh are in bloom right now. 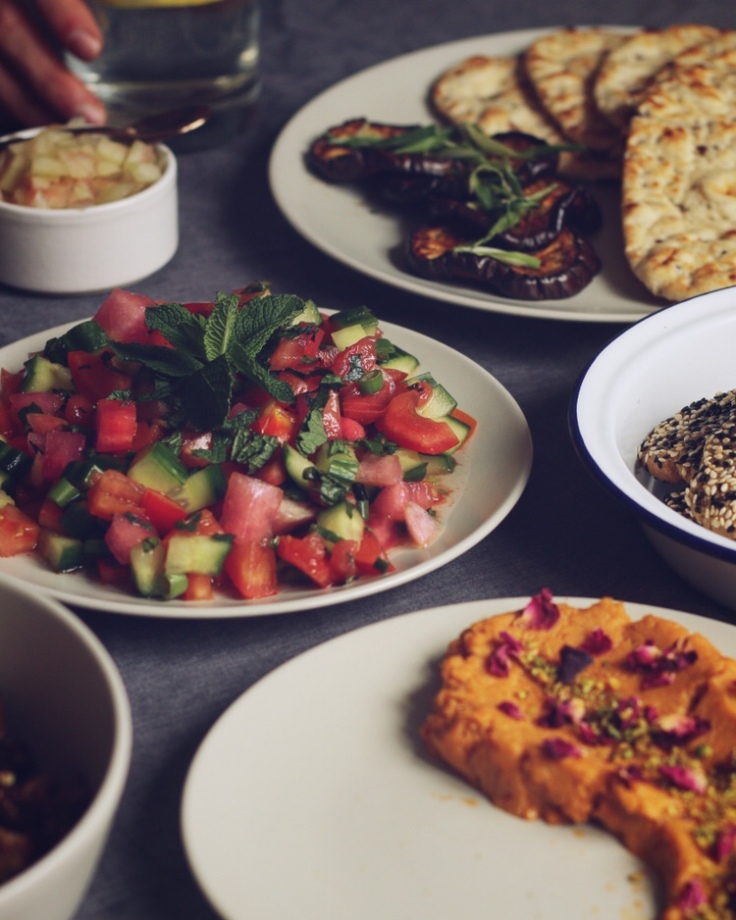 it should be noted at this stage that i, a total cheapskate who hates waste, seldom buy watermelon because it feels wasteful.

but kathryn totally anticipated that because also in the post was the recipe for watermelon rind pickles which totally blew me away, like seriously i’m in love haha.

but with her clever hacks, you can achieve the most perfect salad topping (jk, i’ve been putting them on bread haha) without all the faff of deep frying. And not a mushy chickpea in sight! 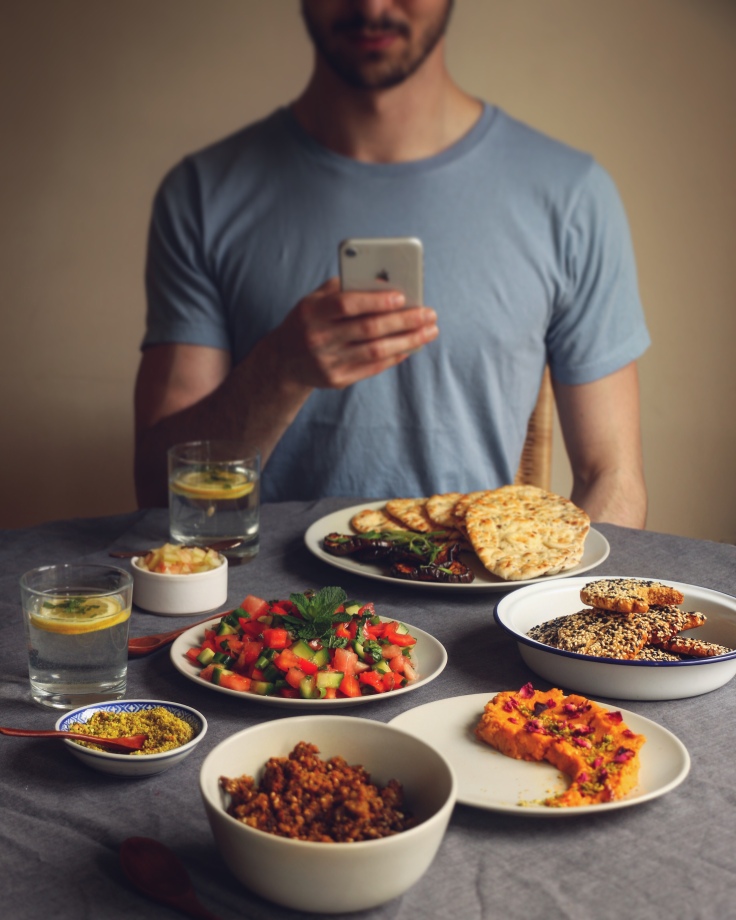 of course it just wouldn’t be a rabcooks mezze without my fave rose and harissa hummus recipe. that was totally non-negotiable haha.

and while i’m under the impression that mezze doesn’t typically include a dessert, these tahini and cardamom cookies are surely a worthy exception. i love how salty, and kinda savoury they are despite having a tonne of sugar hahaha. admittedly i scoffed the lot within an embarrassingly short time.

the recipe is just slightly tweaked from the wonderful lazy cat kitchen, with just an added 1tsp of cardamom and i subbed most of the maple syrup with honey (the only non-vegan part of the mezze)!

it may seem like a lot but really, salads and hummus barely count as effort, and making one oven tray of cookies and another of falafel isn’t all that hard either.

so next time you really want to W O W, head over to kathryn‘s stunning blog and get inspired like i did! have a lovely week my honeyz 🐝 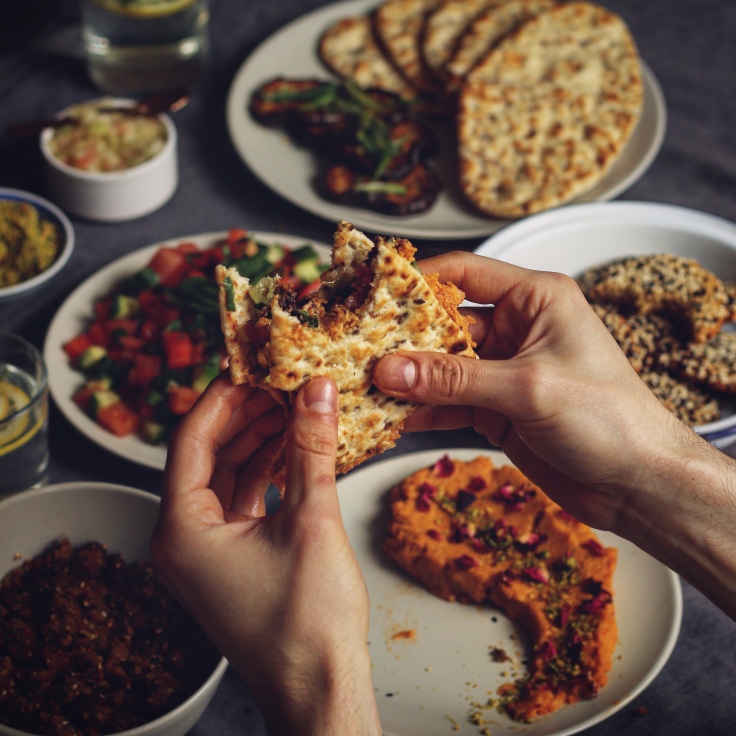